Chris Shields, President of the Board, observes, “In the context of the current pandemic environment, our market is significantly ahead of what we anticipated. We’re seeing market conditions representing a seller’s market for townhomes and single-family homes in the Fraser Valley. For example, in North Delta, Cloverdale, Langley, Abbotsford and Mission, for every 100 active detached listings, 40 or more sold in July.” 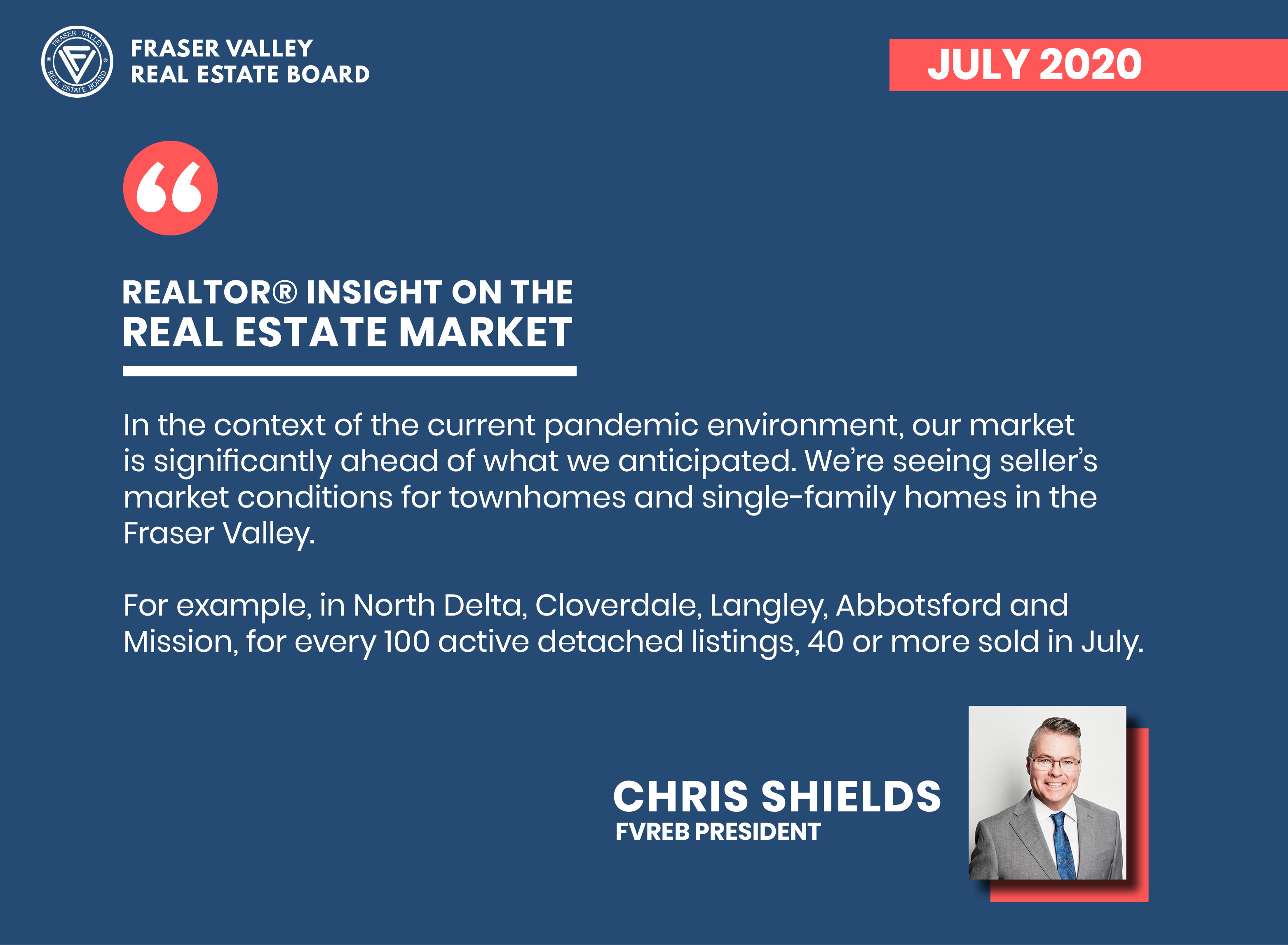 “We attribute it to continued pent-up demand from what would have been a strong spring market for us; and clearly, near record-setting low interest rates. Buyers should take note that in some of our communities, the lack of supply and increase in demand is putting upward pressure on home prices. The average price of a detached home in our region set a record high in July, last set two years ago during the same month.” 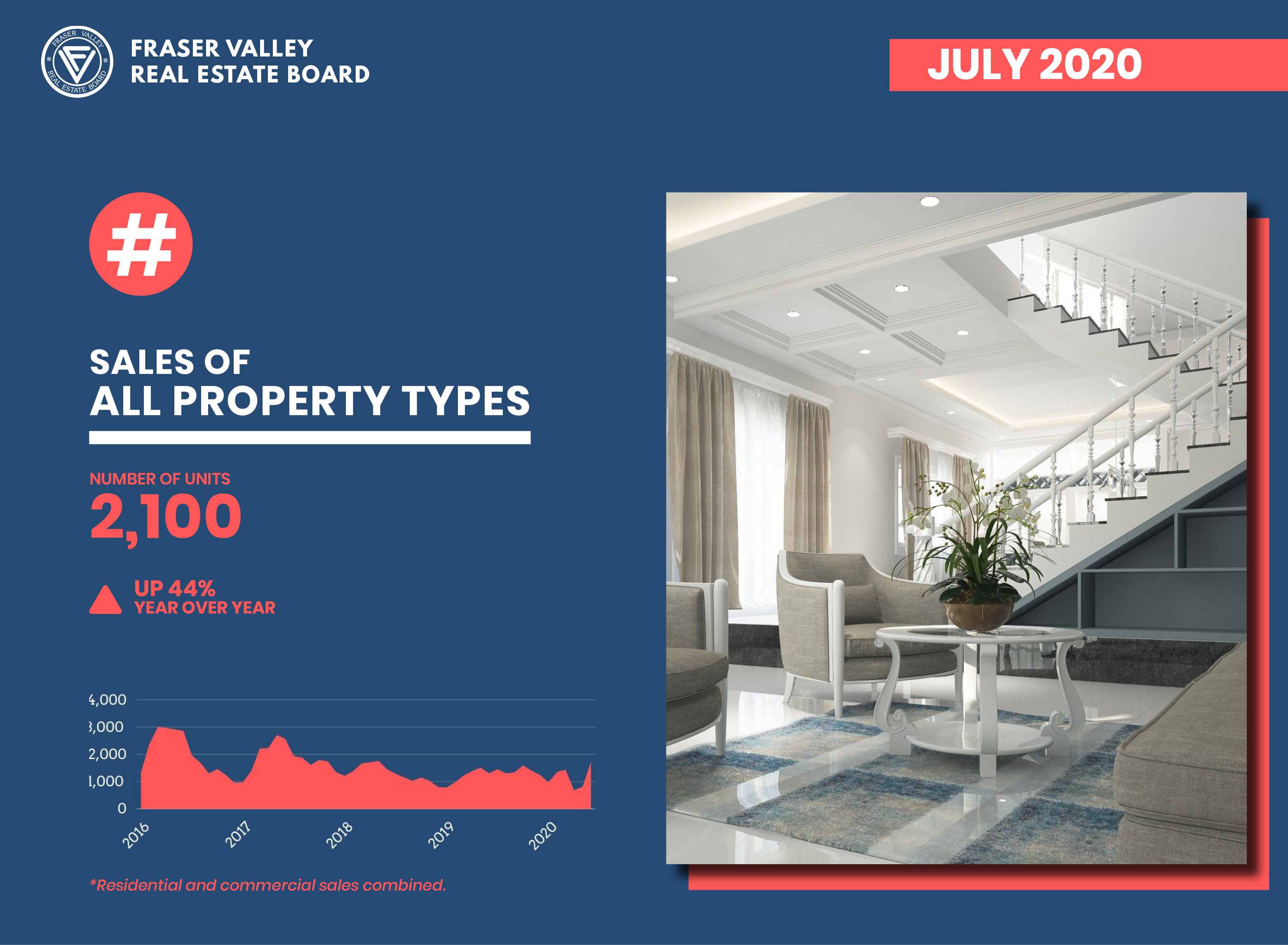 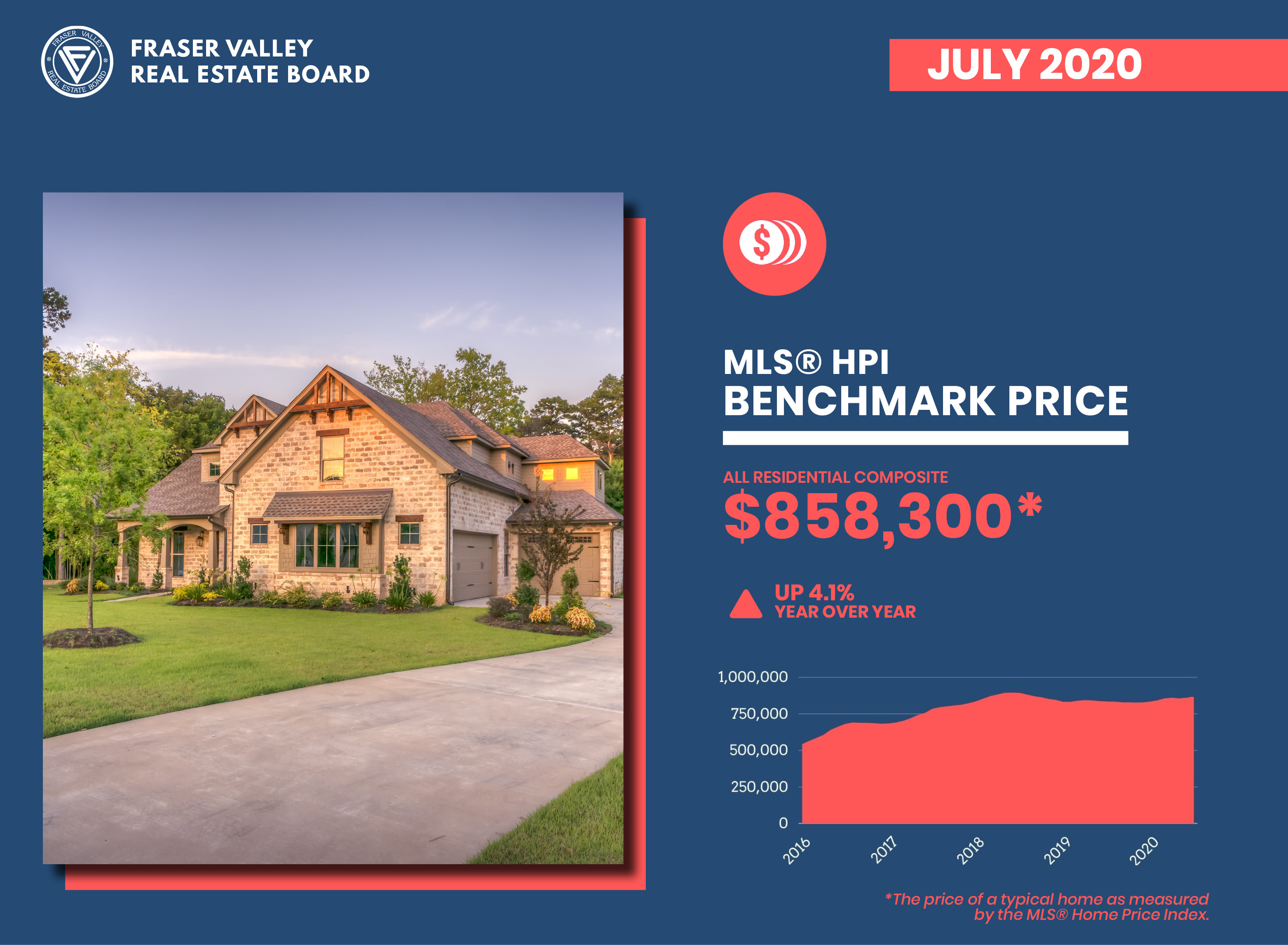 Baldev Gill, Chief Executive Officer of the Board, adds, “The real estate profession has worked hard to make the buying and selling process safe during this pandemic and consumers have responded. Homeownership is a prudent, long-term investment strategy that isn’t as vulnerable to short-term fluctuations, and in this period of economic uncertainty, it’s encouraging to see the strong demand currently for Fraser Valley real estate.”

In July, the average number of days to sell an apartment was 34; 28 for townhomes and 34 for single family detached. 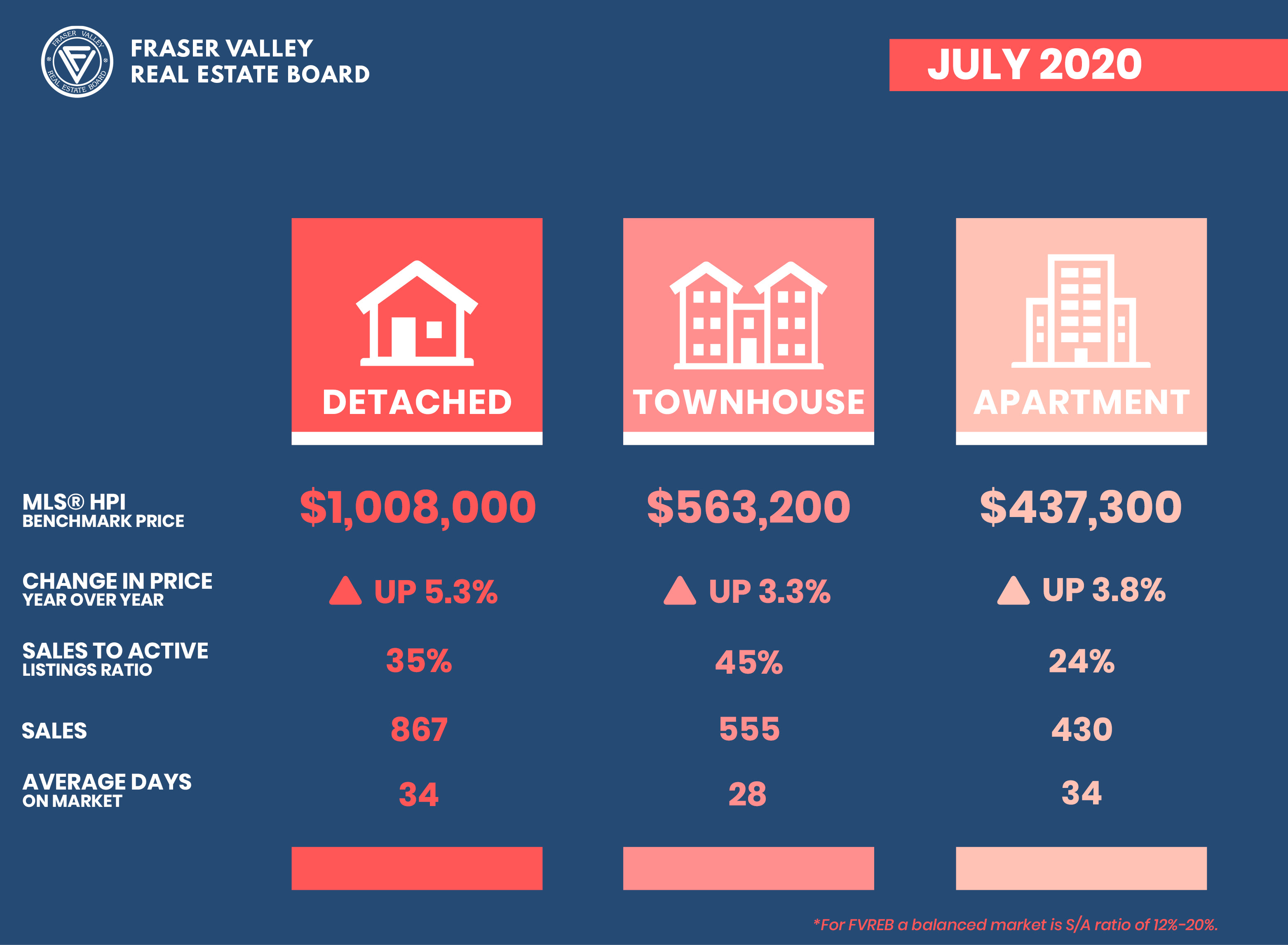 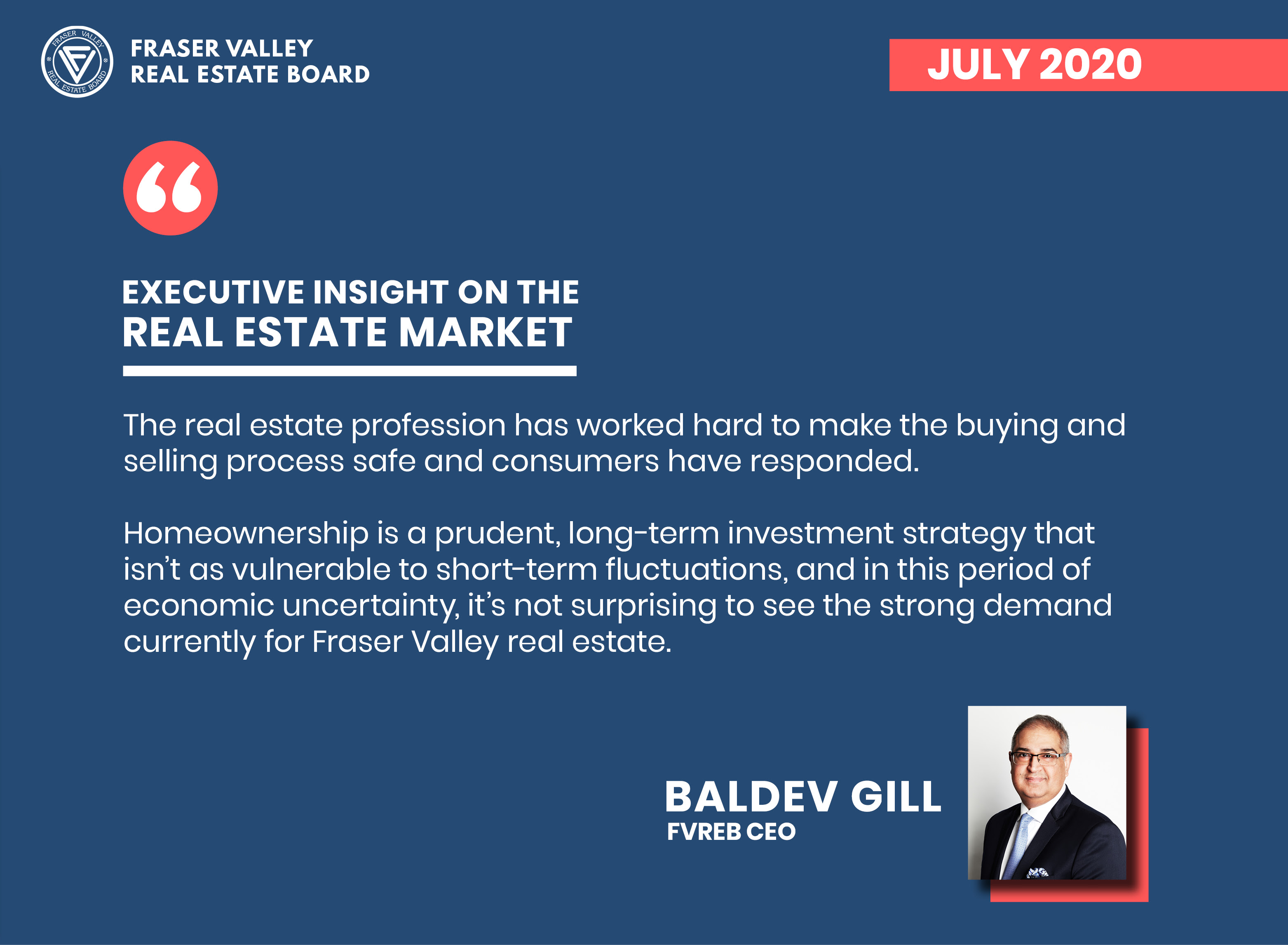