The FVREB processed a total of 2,039 sales in August, a decrease of 2.9 per cent compared to sales in July, but an increase of 57.2 per cent compared to the 1,297 sales during August of last year. Last month’s sales were 39 per cent above the ten-year average for August, representing the highest August in the last decade and second only to what was recorded back in August 2005.

Chris Shields, President of the Board, indicated that, “we are seeing better sales volumes increase month over month because buyers are recognizing that the Fraser Valley offers increased choice and diversified housing opportunities, while offering more value as well.” 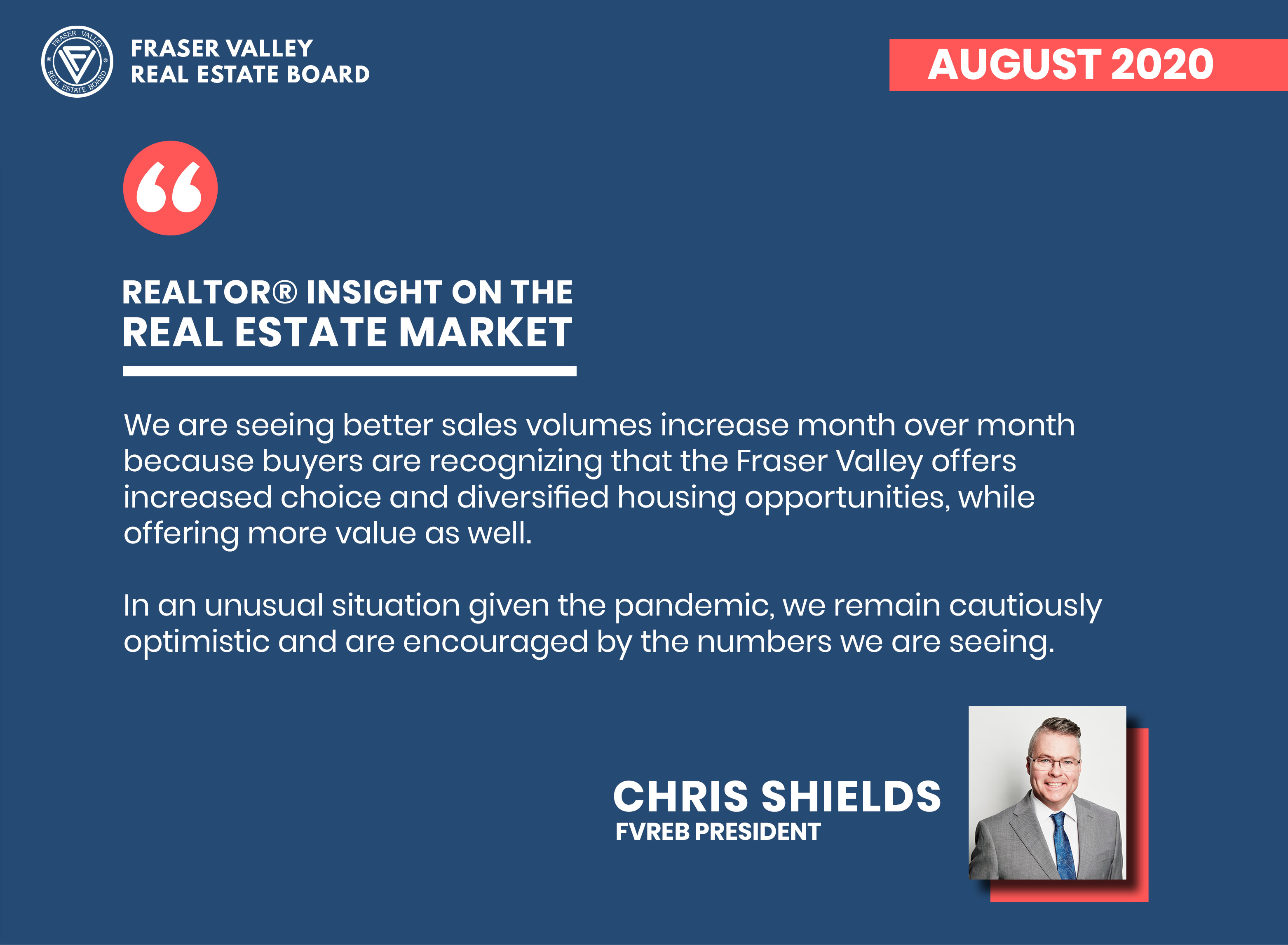 “In an unusual situation given the pandemic, we remain cautiously optimistic and are encouraged by the numbers we are seeing,” added Shields. 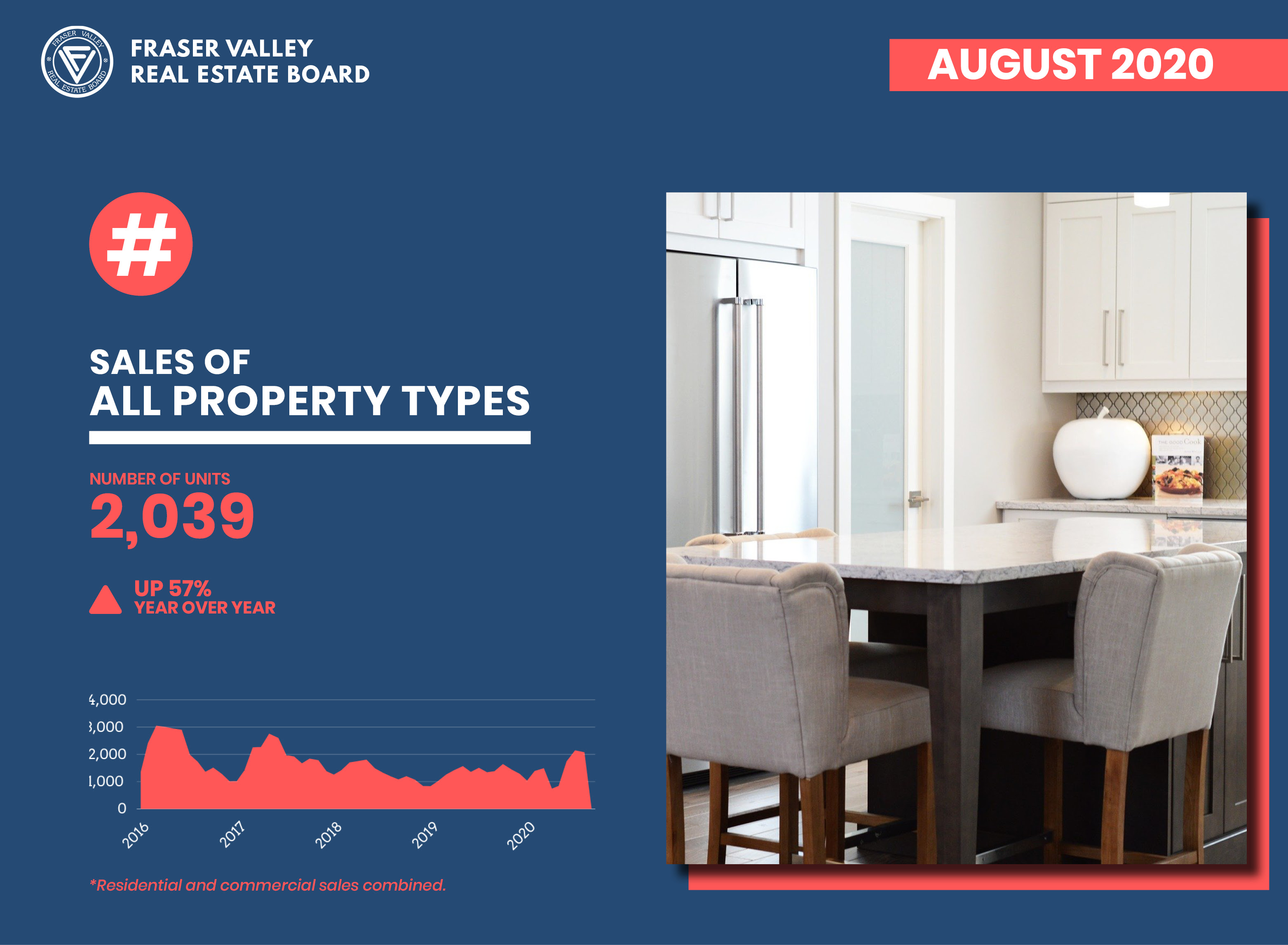 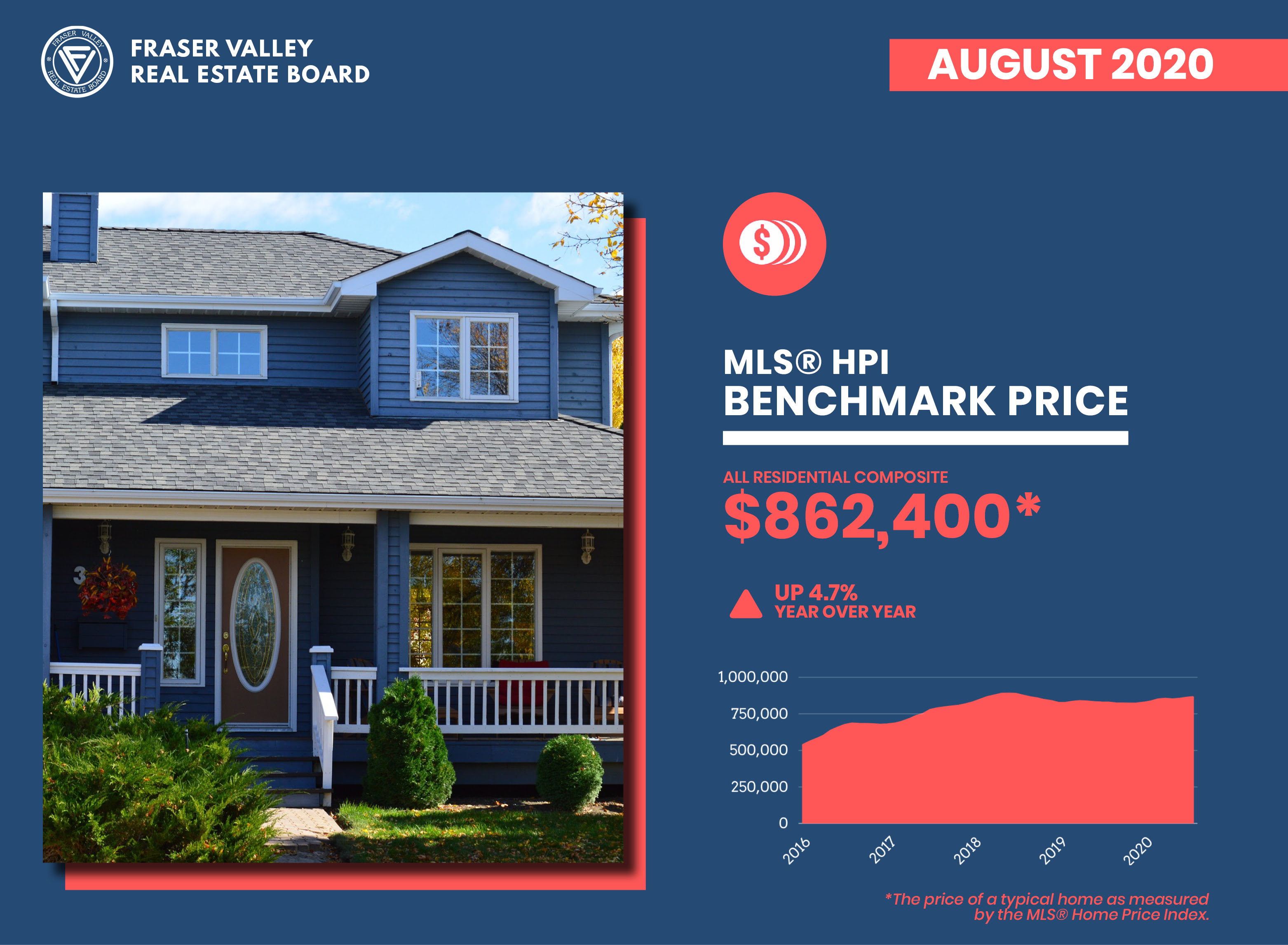 Baldev Gill, Chief Executive Officer of the Board, adds, “the highly competitive market with multiple offers and shorter days on market for various properties, provides further indication of the role REALTORS® are playing in this market. What we hear from our Realtor members is how consumers are seeking their guidance, advice and expertise during these unusual times.”

In August, the average number of days to sell an apartment was 36; 24 for townhomes, and 31 for single family detached. 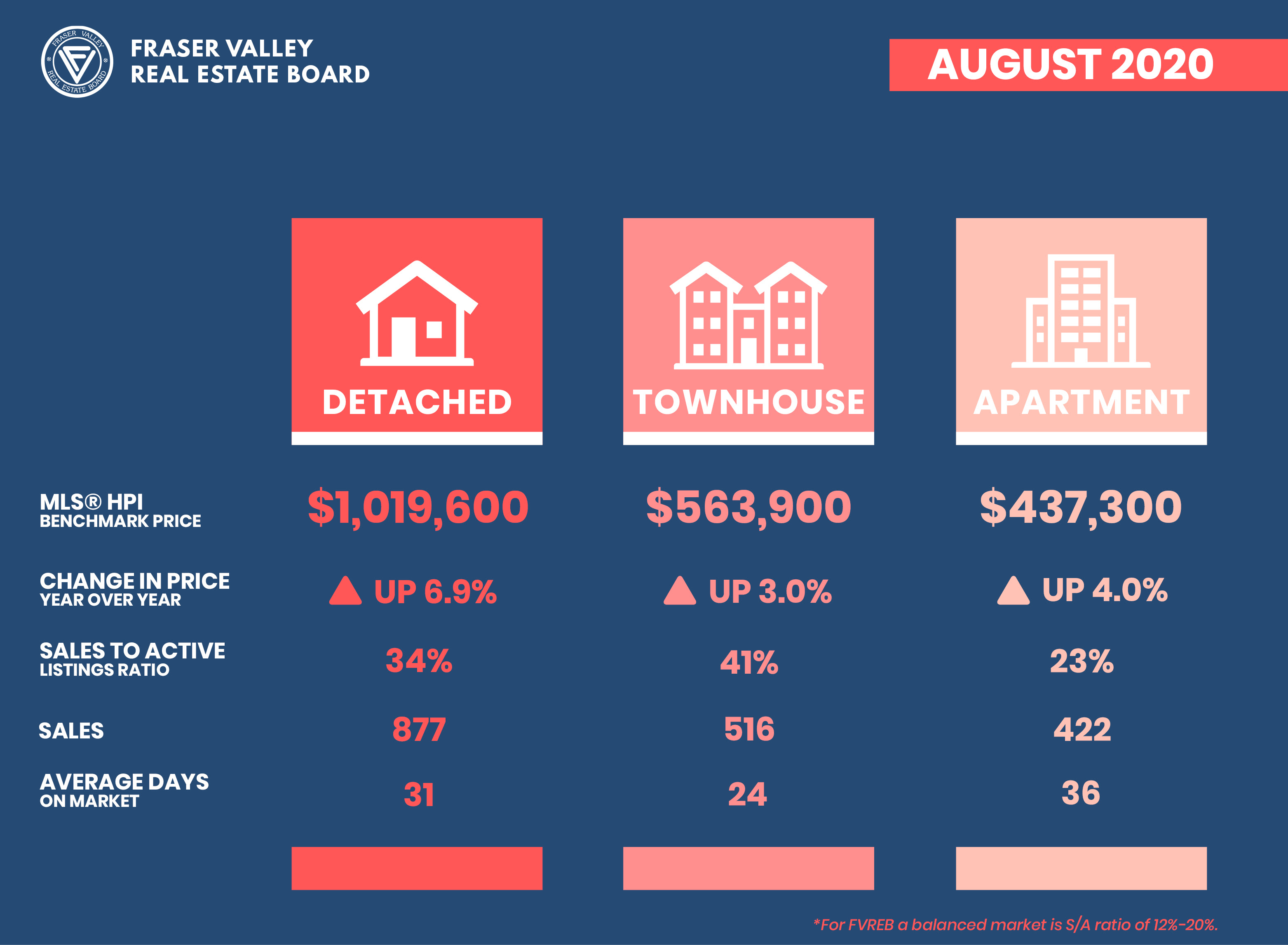 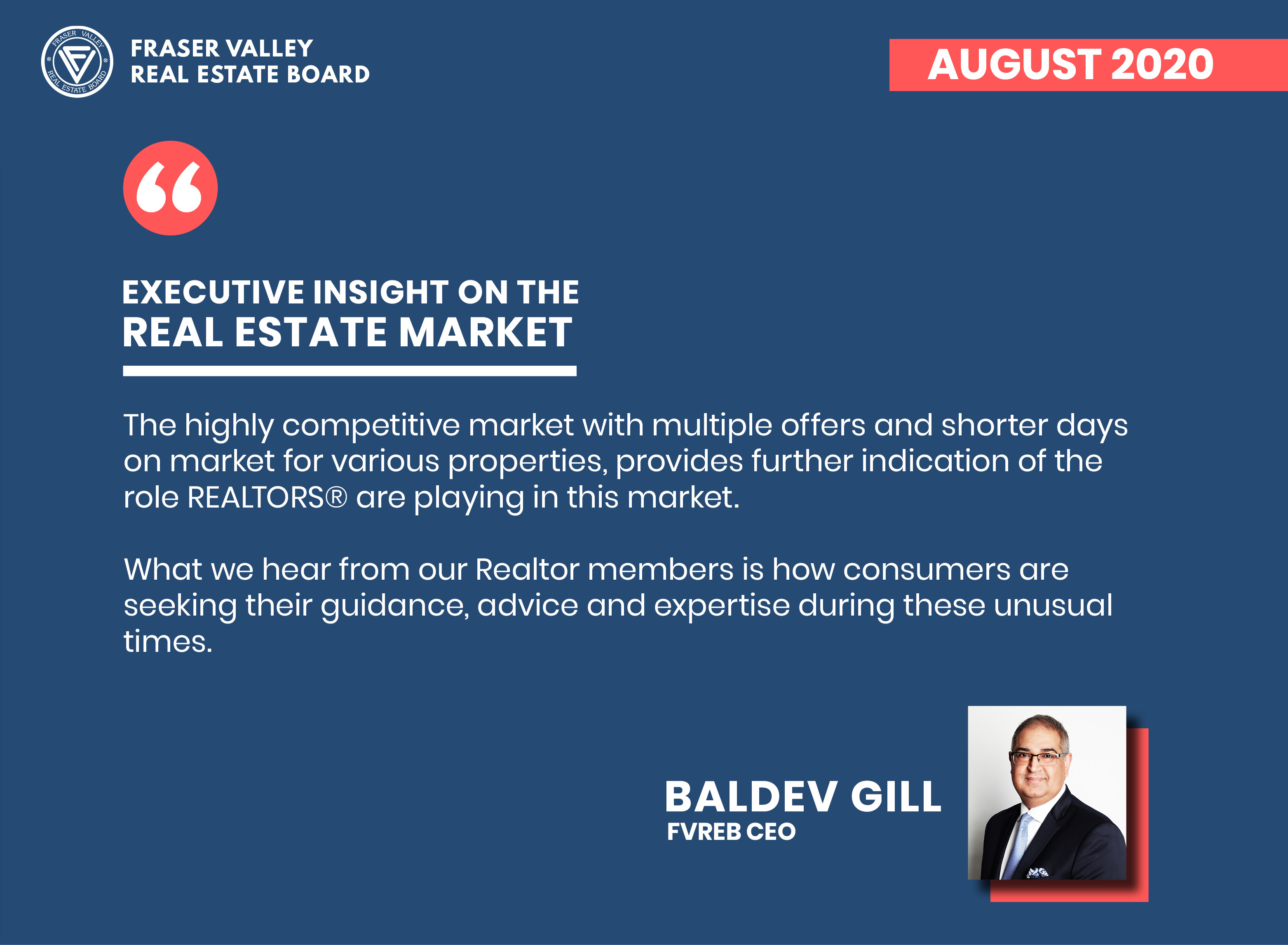