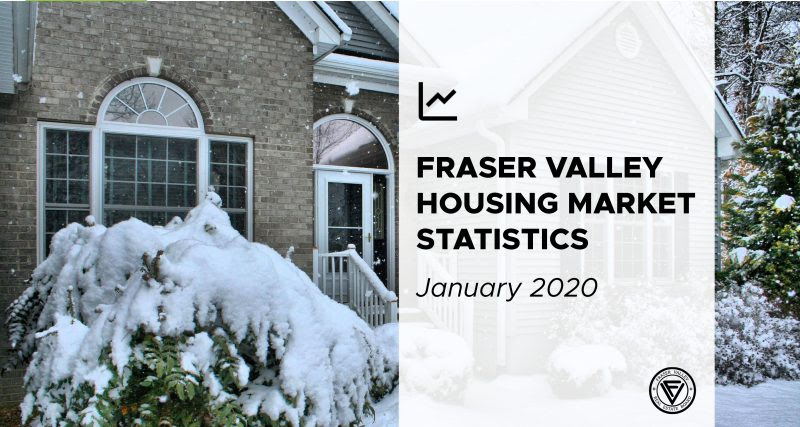 January’s property sales in the Fraser Valley came in 6 per cent above the 10-year average for the month, while new listings finished 11 per cent below historical norms.

Of the 974 total MLS® sales of residential and commercial combined in the Fraser Valley, 363 were single family detached homes, 241 were townhouses, and 248 were apartments. 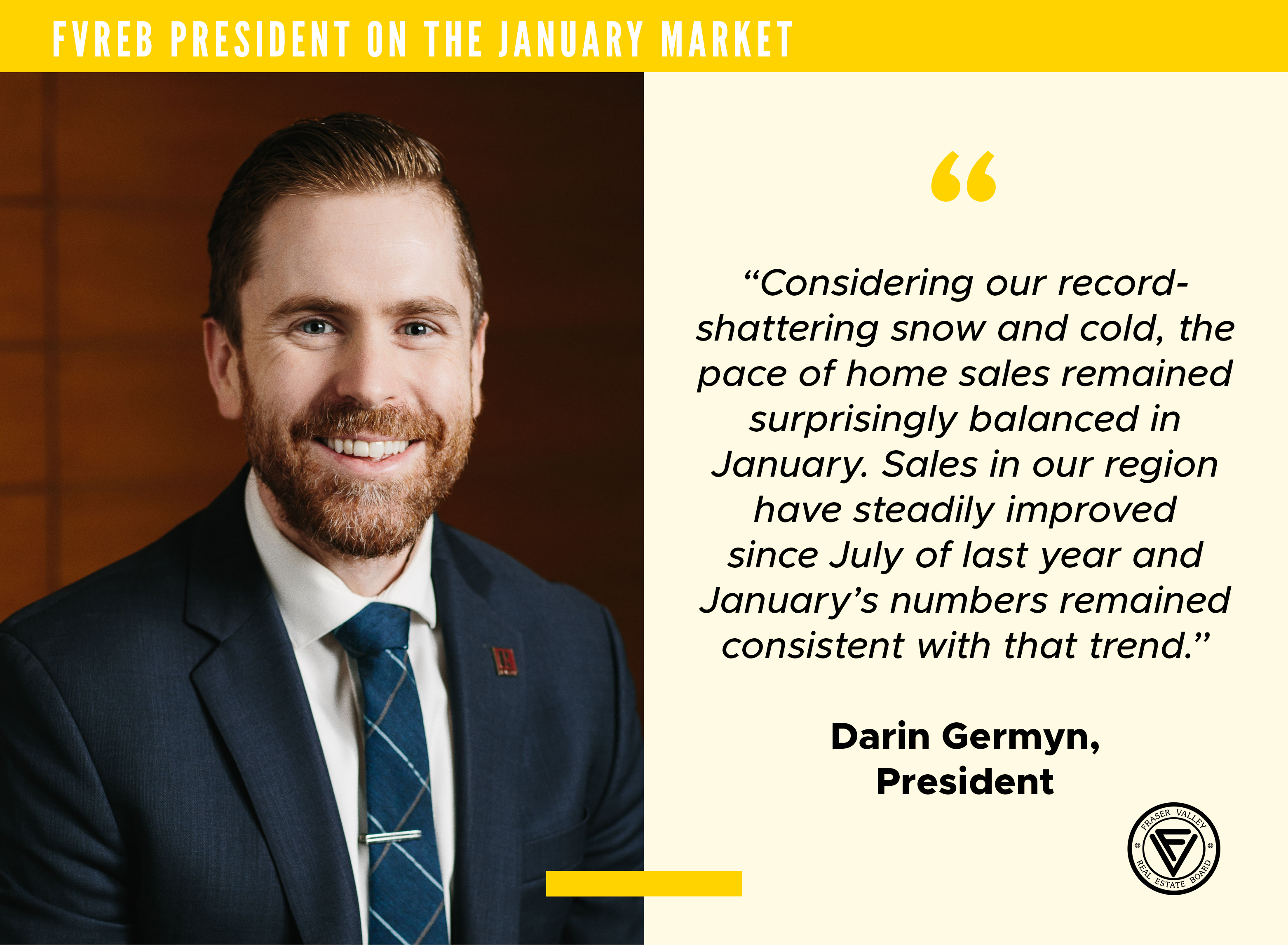 “Considering our record-shattering snow and cold, the pace of home sales remained surprisingly balanced in January,” said Darin Germyn, President of the Board. “Sales in our region have steadily improved since July of last year and January’s numbers remained consistent with that trend.” 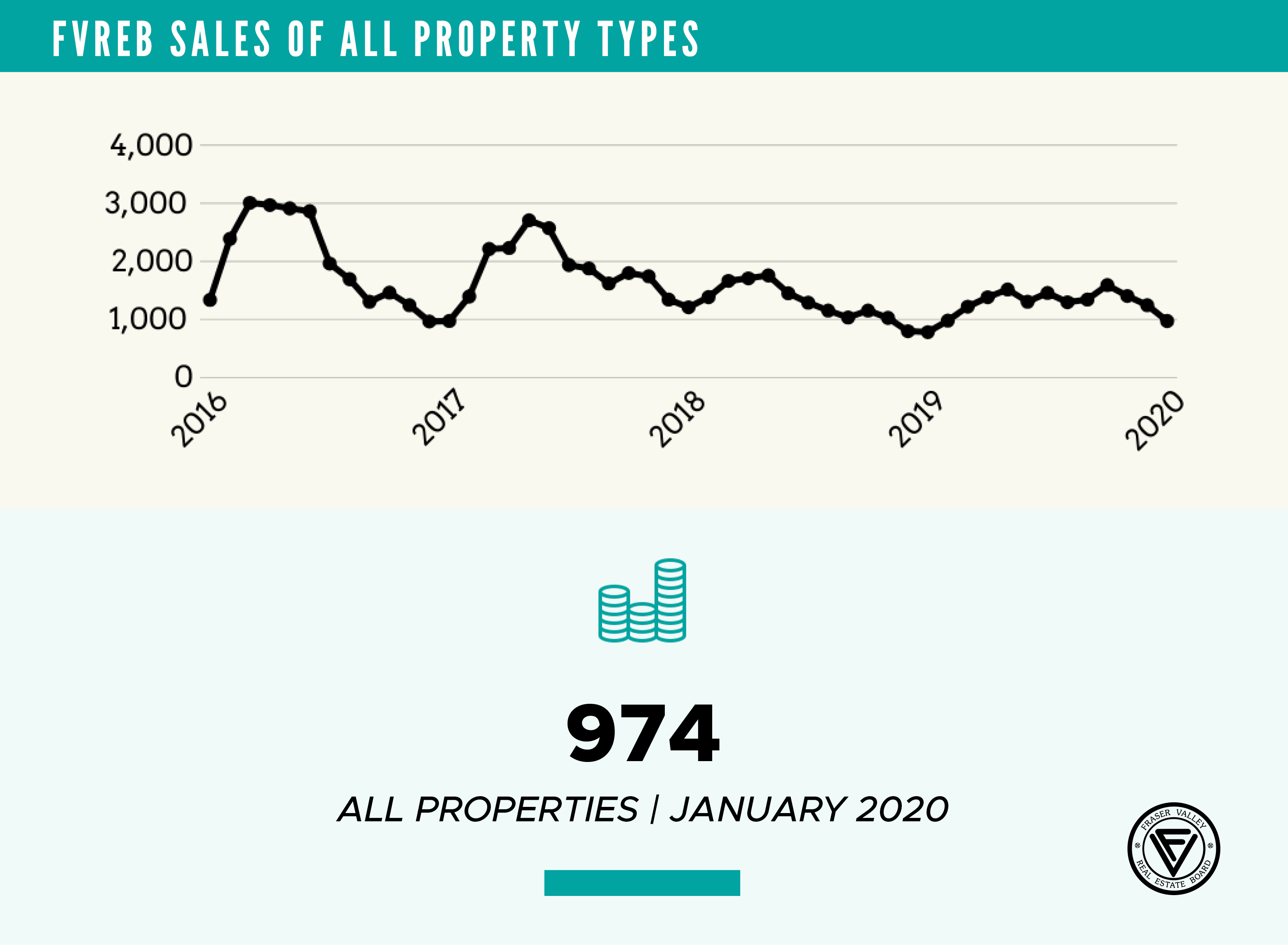 There were 5,143 active listings available in the Fraser Valley at the end of January, an increase of 9.8 per cent compared to December 2019’s inventory and a decrease of 14.2 per cent year-over-year. 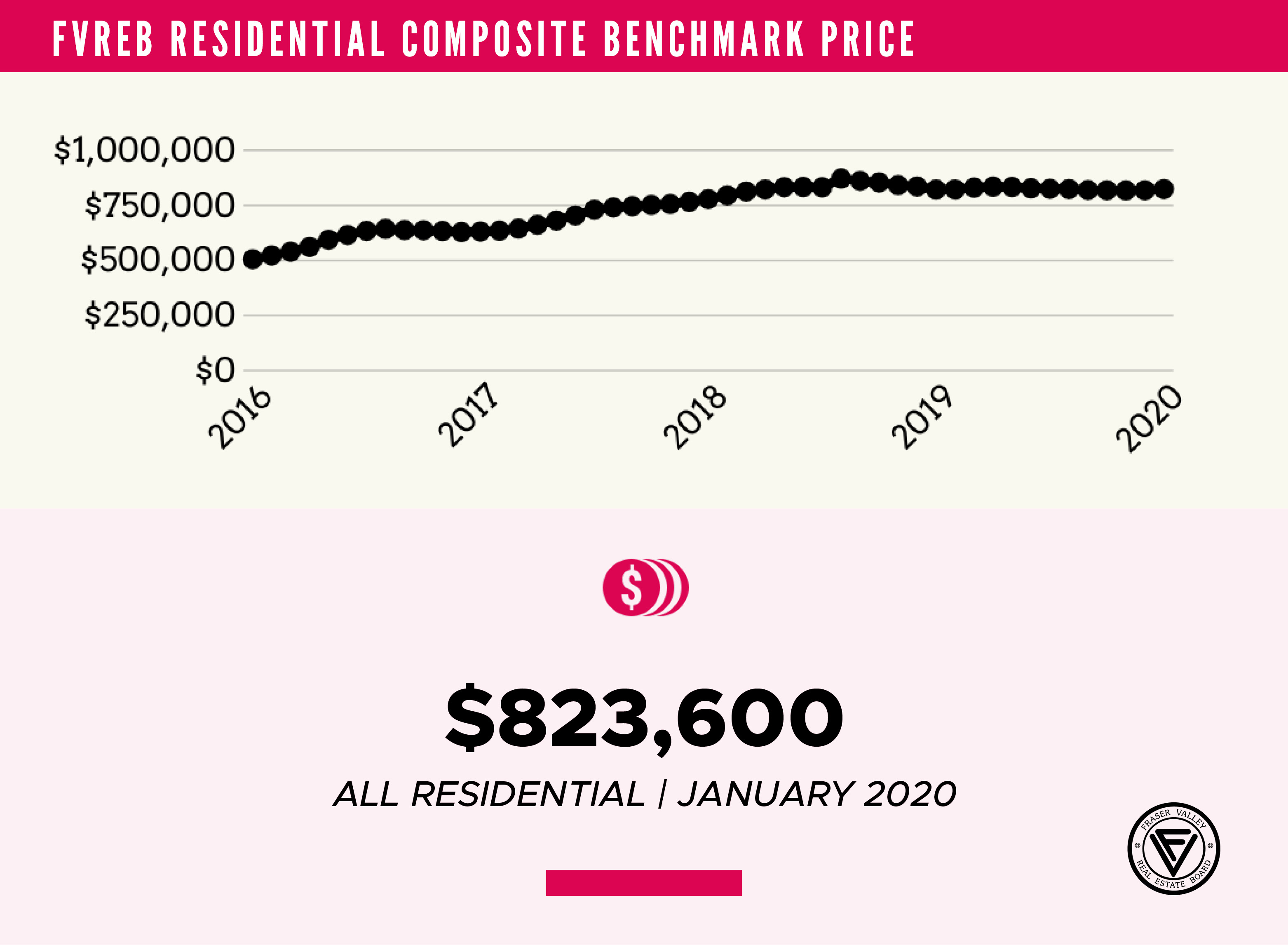 “Where the weather may have had an impact in January, is on our housing supply,” observed Germyn. “For certain property types, listings in the Fraser Valley are not keeping pace with sales. In areas of Surrey and Langley for example, for every two townhomes listed, one is selling. So, if you’re thinking of buying, talk to your REALTOR® about local market conditions to understand the variances.” 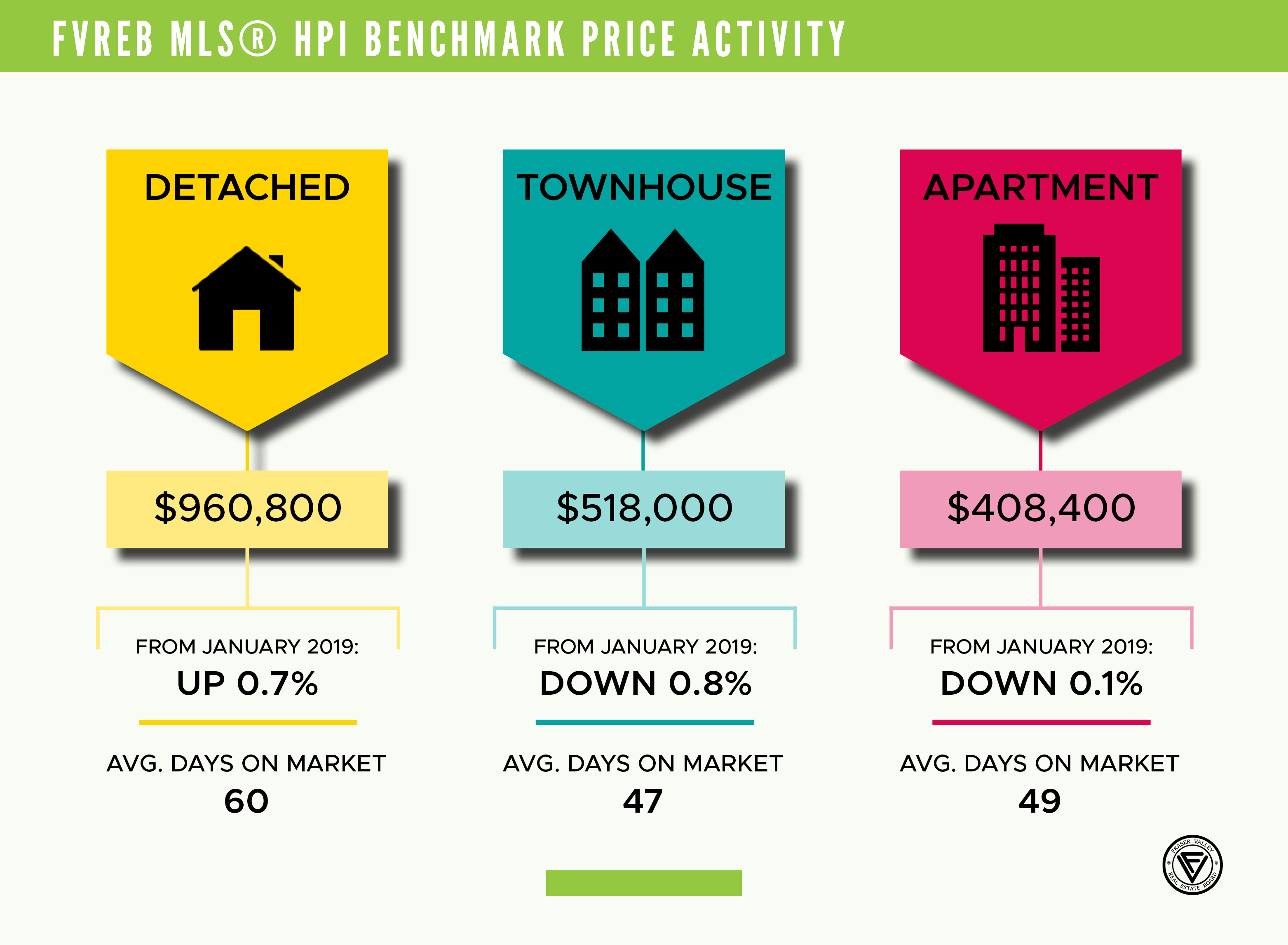 For the Fraser Valley region, the average number of days to sell an apartment in January was 49, and 47 for townhomes. Single family detached homes remained on the market for an average of 60 days before selling.